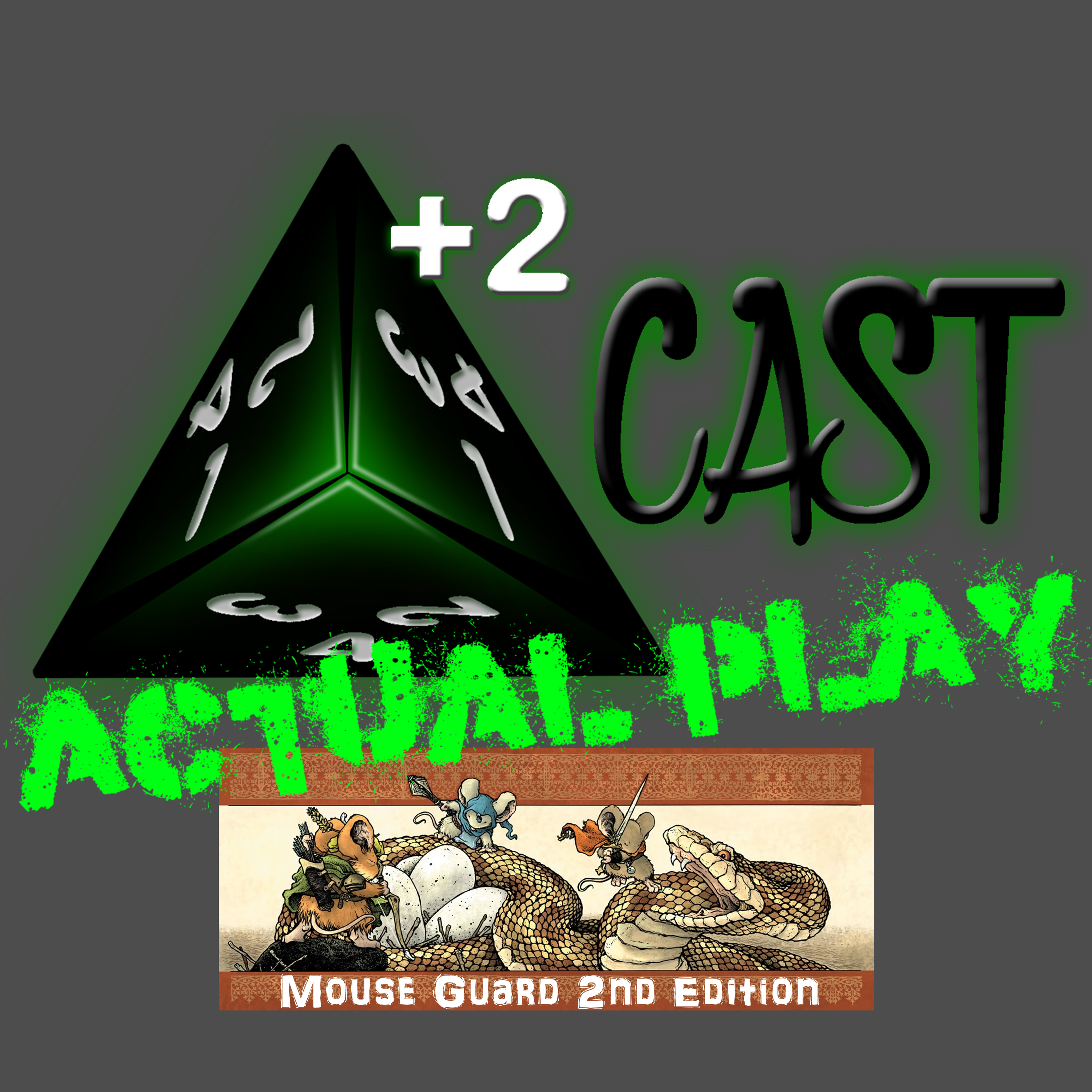 James decided that he wanted to run Mouse Guard again, so he invited a few friends. Paul and Steve are part of the normal podcast, while Matt and Andy are newcomers to the 1d4Cast scene.

**Note** – Mouse Guard is a front heavy system in terms of mechanical crunchiness. This games was a learning exercise and it not played 100% correctly according to the book.

The recording, after editing out long pauses, runs short of 2 hours.

Here is the cast:

If you are following the Vampire V20 game, it is on hiatus until after the major convention season. It should start back up in September or October. In the meantime, we are planning to release a couple of other one-shot APs of various systems until then. Look for a Fate Core one-shot coming next.